Alloy Wire International’s debut at Wire China 2018 was hailed a major success after conducting more than 140 meetings with new customers on its exhibition stand.

Managing Director Mark Venables and Sales Director Angus Hogarth were joined by four members of the Shanghai sales team and it was a real joint effort as interest in the company’s ‘High Performance’ nickel alloys was huge.

The value of having native speakers on hand was clearly evident as the majority of the thousands of visitors spoke in Chinese, with 50% of the company’s Far East customers taking the time out to visit AWI during the four days.

“We have been growing in this territory for a while now and felt it was the right time to put a marker in the sand by taking a sizeable presence at Wire China,” explained Angus Hogarth. 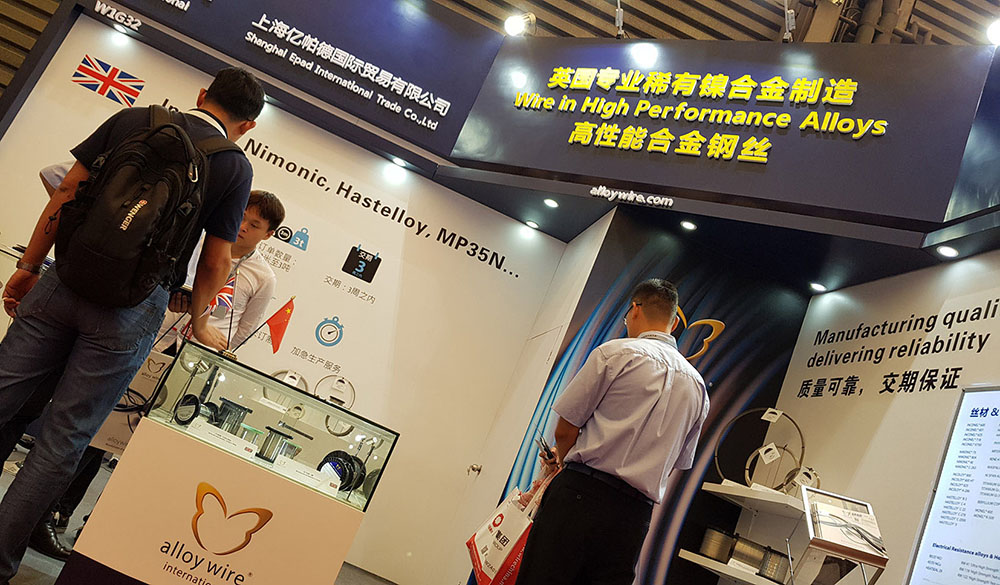 “This represented a significant investment, but it was one well worth making after being inundated by existing and new customers, all interested to find out more about our 200 tonnes of stock, the 60 nickel alloys in our range and our unrivalled three week delivery lead times.”

He continued: “A lot of feedback centred around how great it was to see us in China and the fact that they all equate Alloy Wire with ‘quality’ and ‘reliability’. And these messages were not just from clients, but also from suppliers of machinery and equipment who are all keen to be associated with us.

“Demand was so high for AWI’s technical literature that we had all but run out by the end of the first day so had to go back to Shanghai for emergency supplies.” 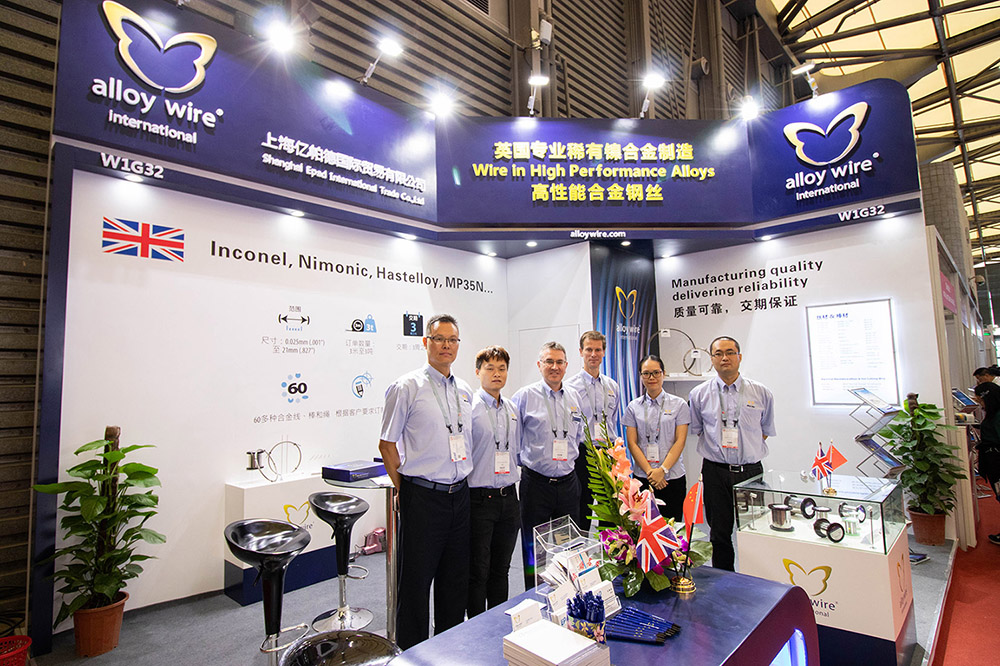 The company was one of only a few British businesses to be represented at Wire China and worked closely with the International Wire & Machinery Association (IWMA) to maximise exposure through its PR service and an enjoyable networking evening on the ‘Night River Cruise’.